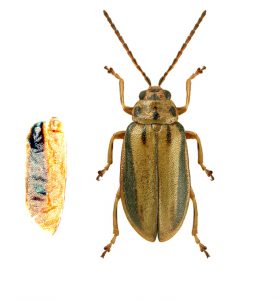 Insects, the most common family of animals on the Earth, have very specific habitat and food requirements, and so can accurately represent the environment of the deposits in which they are found. There are species which, especially within the context of Northern environments, are almost specifically anthopocentric. They can only survive in the microenvironments created by human activities. Others feed only on particular plant or animal types, and, for example, can tell us much about stocking levels and fodder requirements. Additionally, insects are excellent indicators of background environmental conditions, and with good sampling can give high resolution data on landscape and climate change.

The database and software package BugsCEP, an ecology led application for the interpretation of insect assemblages, has been incorporated into SEAD so that its contents and tools are available online.

Although rarely preserved outside of calcium rich soils, molluscs can provide valuable information on local environments and climate. In addition, certain species have been important food sources for past cultures, and even been used as jewelry.

One of the most common bio

logical remains to be found on archaeological sites are those of seeds, which, especially if charred, can survive in situations where the general preservation is poor. Seeds, and other remains of plant such as woody stems, or actual leaf and moss fragments, are particularly important when examined with respect to their probably origins. They may have grown on the spot where the sample is taken, or have been transported to the spot from elsewhere. The relocation of plants parts could be the result of human activities, such as agriculture or food preparation, or trade and manufacturing.

Pollen grains can remain preserved in waterlogged deposits for several millenia, and as such are valuable palaeo-environmental indicators. The vegetation composition of an area directly affects, and is frequently affected by, the local human and animal populations. The fossil pollen record may include indications of these interactions, and so allows us to reconstruct past changes in vegetation against a background of natural change and succession. It provides useful markers in prehistory, when the biogeography of particular species is more understood. Climatic data may also be inferred from the relative presence of species and their pollen deposition rates. 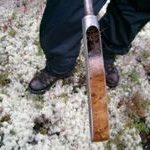 The geochemical properties of soils can be excellent indicators of past activities, both human and natural. Buried soils can tell us about ancient farming practices, lake sediments record the levels and sources of erosion in their catchment. Variations in the chemical components within a soil may indicate the changes in organic input, be it the location of corpses, or the fertilisation of fields.

Furthermore the actual structure of the soil can be changed by human interference. Such factors can be observed through analysis of the Soil Micromorphology, and Soil Chemistry. Soil science also encompasses a variety of prospection techniques which allow for the easier delimitation of archaeological sites or past land use practices, such as farming. 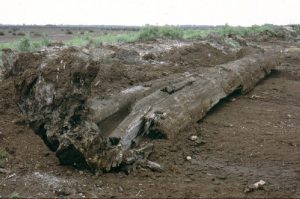 Identification of the tree species found at an archaeological site can give valuable information on resource utilisation, trade and climate. It is also essential if the wood is to be carbon dated. Wood macrofossils can also be vital in identifying the presence of trees when pollen production has been limited by environmental stress, including climatic conditions.

Dendrochronology is fundamental in the calibration of radiocarbon dates. A chronology is built via a principle called crossdating. When working with living trees of the same species you can match the ring-width variations between them to establish a tree-ring chronology and assign dates to the rings. This then continues with other older specimens and you continously work yourself back in time, building on the chronology. Swedish tree-ring chronologies are based mainly on oak, beech, pine, and spruce, but in some cases other species are included. 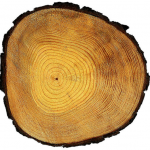 Dendrochronology sees frequent use in building related investigations, where the aim is to establish a chronology for the building and possible events such as renovations and expansions. In environmental application of dendrochronology tree-ring sequences are used to reconstruct environmental variables, such as temperature, precipitation, fire frequency, insect infestation, and more.

As part of the VISEAD project, dendrochronological data from the national laboratory for Wood Anatomy and Dendrochronology at Lund University will be made available via SEAD. 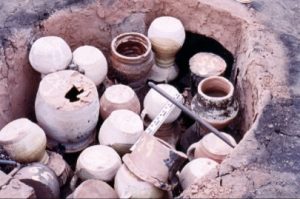 Pottery is a group often mistakenly interpreted as a homogenous mass, since it is made using the same raw material, which is clay. Clay is however often mixed with different material depending on the geologic conditions in your area.

By taking a piece of a ceramic sherd and grinding it down to ~0.03 mm the clay content and tempering grains can be studied under a microscope. Studying thin sections of ceramic handicraft can reveal facts about pottery, technology, and the choice of temper and clay. 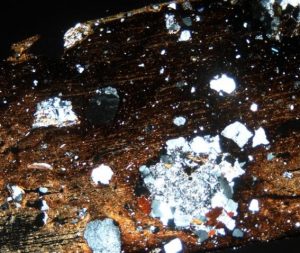 For example, by identifying variations in choice of raw material and tempering of ceramic vessels it will allow you to distinguish between ceramic ware used for household purposes and finer wares, as well as identify new information regarding the possible import of ceramic styles or potters.